Rhythm games can be wonderful. Out of all the genres in gaming, they’re usually the one to surprise me the most. They almost feel like they can be paired with any other genre for a creative mashing like nothing else. Just take a look at Crypt Of The Necrodancer, a fantastic RPG rhythm game which has all the elements of a traditional RPG, but then sets it to music and you time your moves to the music. It’s honestly just a great combination of two of my favorite types of games. Then we get Dark Witch Music Episode: Rudymical or as everyone will soon call it, DWMER. It’s a rhythm game that’s paired up with boss battles where you chop your way through enemy projectiles which in turn lowers the enemy’s health. It’s a cool concept, but it gets messy pretty quickly. 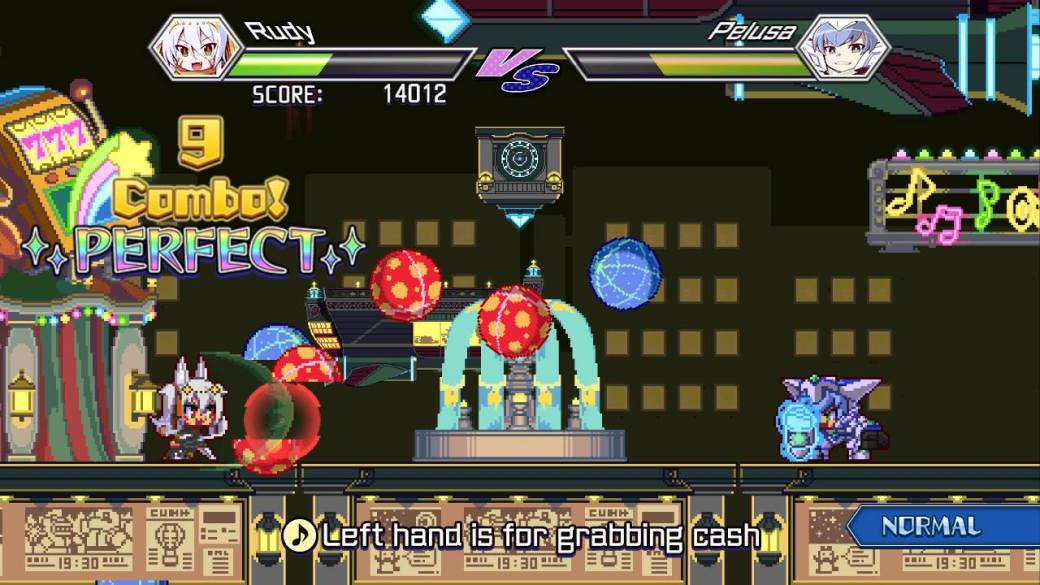 DWMER comes to you from the creators of The Legend of Dark Witch and all the other titles associated with said series. Now given that I haven’t played any of the games in the primary franchise, I can’t tell you how well this connects to or upholds the integrity of those games, but if this game is any indication of their quality, the franchise must have promise and some solid entertainment value. I’m not saying that you should expect anything grand, but for the price you pay, you’ll certainly be well entertained.

If I’m being completely honest, I bought this game out of frustration. I’ve been frustrated with the lack of games on the Nintendo Switch and when I saw this game, and its price, I decided that was more than enough to convince me. For the $7.99 price tag you get two playable characters right from the start, a handful of bosses/songs to choose from and a multiplayer mode. That’s not bad. 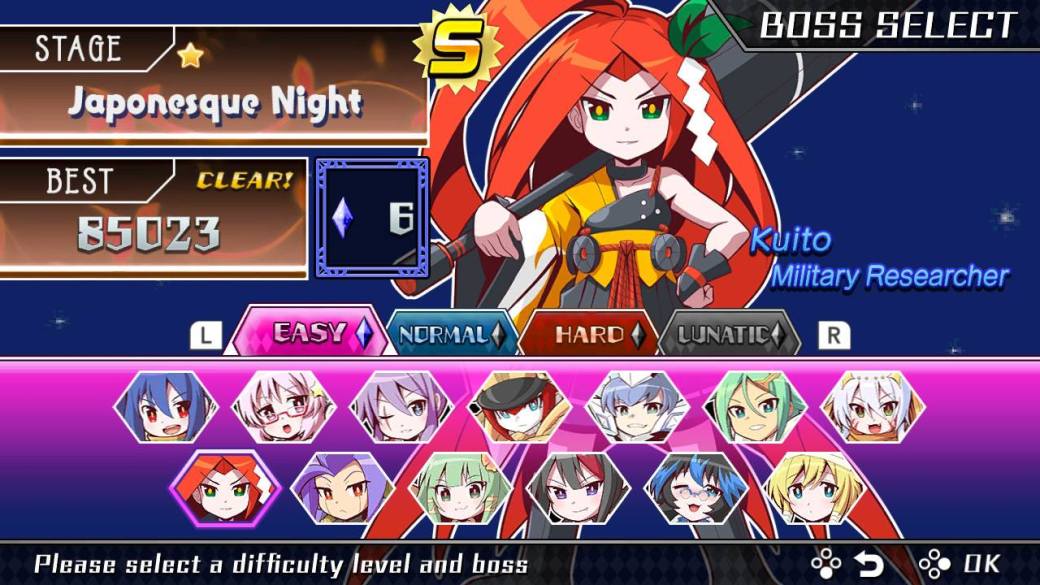 The way the game handles song selection is fairly unique. Each boss has their own song, but the unfortunate thing is that you can’t hear what the song will sound like until you start playing. It would have been nice if they included a preview to make it a little bit more like a traditional rhythm game. The battles are fun and pretty short and most the time the attacks line up with the rhythm of the songs well enough for you to get in some good combos. I did struggle a bit with the player character’s annoying yelping, but the developers thankfully took that into account and added a way to disable it from the settings in the main menu. 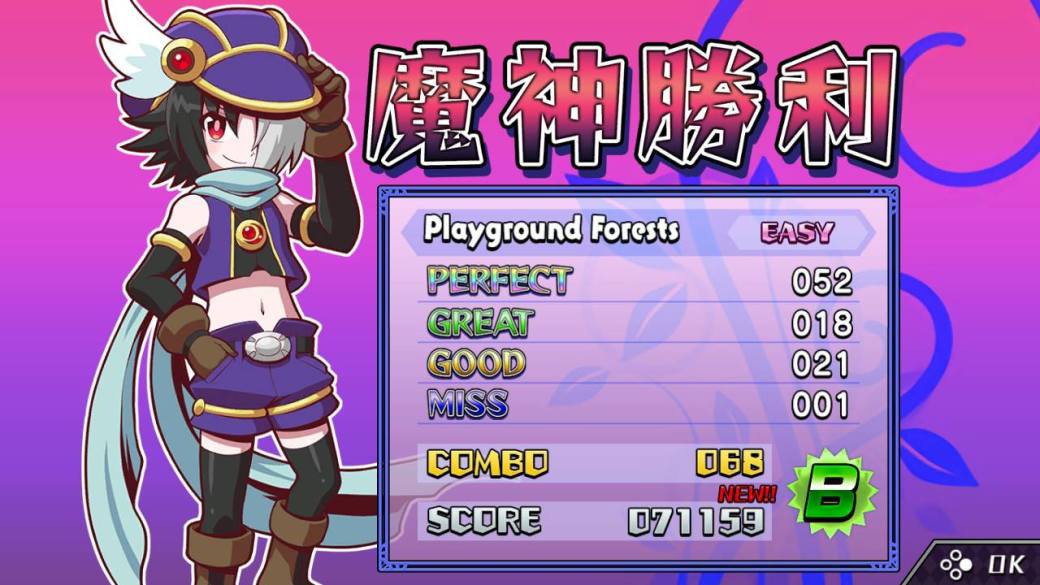 All in all it’s a fairly fun game. It’s got plenty of unlockables such players and bosses/songs and it’s got that two player mode as well. I wouldn’t tell anyone to rush out and buy this game, but if you’re just looking for something a little fun to kill some time in between sessions of Breath of The Wild then look no further.

Verdict: If you like to rhythmically hit balls, this game is for you.